No person in the United States shall, on the basis of sex, be excluded from participation in, be denied the benefits of, or be subjected to discrimination under any education program or activity receiving Federal financial assistance.
Title IX of the Educational Amendments of 1972

What is Title IX?

Signed on June 23, 1972, Title IX of the Education Amendments Act prohibits discrimination on the basis of sex in education programs or activities receiving federal funding. The majority of primary, secondary and higher education institutions in the United States receive federal financial assistance.

Since 1972, Title IX has become an important civil rights law. One lasting impact of Title IX is that the law afforded women access to the same athletic opportunities as men in educational settings. Title IX greatly expanded women’s participation in sports.

In 1977, Catherine MacKinnon created a framework defining sexual harassment as a form of discrimination based on sex. Soon after, MacKinnon’s framework was used in Alexander v. Yale, putting forth the legal argument that sexual harassment is a form of discrimination prohibited under Title IX. While the case was dismissed, it resulted in educational institutions establishing grievance procedures for sexual harassment. Generations of student activists have subsequently advocated for programs to prevent and address sexual violence and harassment in educational institutions across the U.S.

In 2015, Gavin Grimm, a transgender student, sued his school board, alleging its policy of prohibiting him from using the boys' bathroom violated Title IX and the equal protection clause of the Constitution. A federal judge in Virginia ruled in his favor in 2018. The U.S. Court of Appeals for the Fourth Circuit affirmed the ruling in his favor in August 2020. 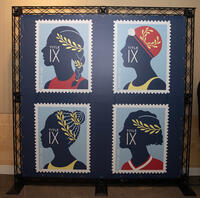 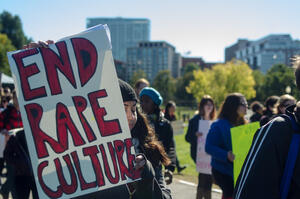 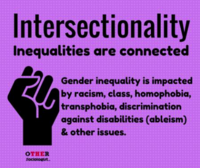